Broadway’s Best – What’s on Now and What’s Next 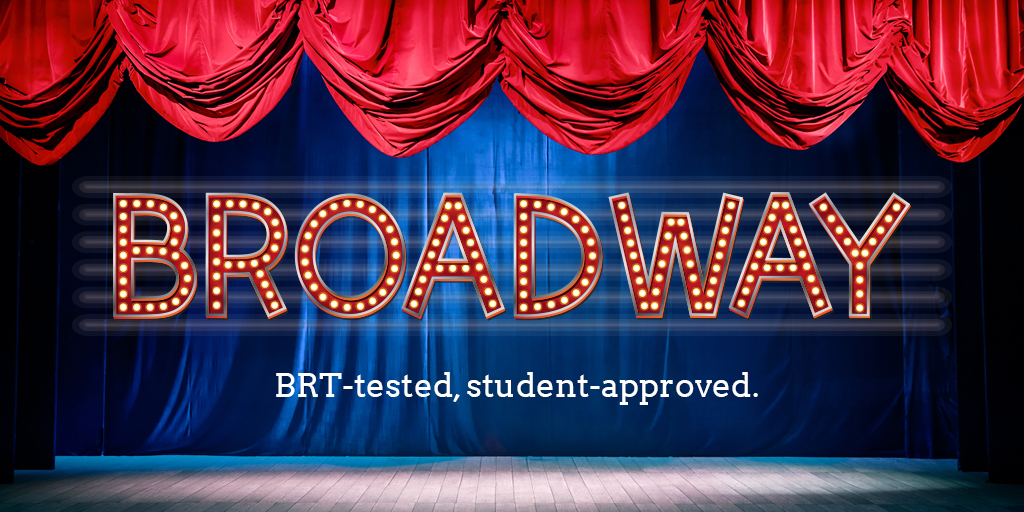 A trip to New York City just wouldn’t be complete without tickets to a Broadway show – and our very own resident Broadway aficionado, Mike Crandall, couldn’t agree more. “The amount of talent and entertainment quality in those few blocks is unmatched anywhere in the world,” Mike says. And he would know – he’s seen every show that’s currently on Broadway and can’t wait for the new productions coming this spring.

Our favorite shows for students

To put it mildly, Broadway’s been busy this year. New shows, exciting revivals and the record-breaking success of Hamilton have made the Great White Way an even more desirable destination for our student travelers. With so many fantastic shows to see, here are our recommendations for the shows that have been popular with both students and directors – with a special nod to Mike’s personal favorites.

The enchanting back-story of the misunderstood Wicked Witch of the West is a Tony winner with an addictive score. If you choose this magical favorite, your students will be singing “Defying Gravity” all the way home. You’ve been warned.

This rock musical based on the popular Jack Black film has been rocking out on Broadway since 2015. With music by the acclaimed Sir Andrew Lloyd Webber and a cast of incredible young actors, this show is sure to inspire your student performers.

A Broadway institution and Tony-winning Best Musical, The Lion King, has been dazzling audiences for nearly 20 years. Students will sing along with the familiar songs and storyline, if they’re not speechless from the incredible scale and spectacle of the production.

Phantom of the Opera

Phantom is Broadway’s longest running show for good reason – the now-iconic musical won seven Tony awards, including Best Musical, and has drawn theater goers for over 11,000 performances (and counting!). The elaborate set, sweeping story and incredible music will leave your students spellbound.

The Disney favorite hit the stage in 2011 and will be a Broadway fixture for years to come. “Aladdin is by far my favorite for student groups,” Mike shares. “Great family friendly story, wonderful costumes and sets, fantastic music. There is something for everyone with this show.”

Off-Broadway, not to be missed:
The Blue Man Group and Stomp

Broadway isn’t the only place to catch an exceptional theater experience. Mike recommends these two sometimes-overlooked productions that have both been off-Broadway crowd pleasers for over 20 years.

Broadway’s spring lineup includes some incredible new musicals for students – many of which can be booked by BRT before their official premiere dates. Here’s what’s coming up:

The classic musical is returning to Broadway with Bette Midler leading the cast of this much-anticipated revival.

Charlie and the Chocolate Factory

The Broadway production of Roald Dahl’s classic children’s story comes to New York after a successful and ongoing run in London. Tony winner Christian Borle will play “The Candy Man” himself, Willy Wonka.

A new musical based on the 1997 animated film, Anastasia retells the legend of Grand Duchess Anastasia Nikolaevna of Russia, the youngest daughter of Tsar Nicholas II.

Mike and the rest of our team love including live theater in our New York tour itineraries, as this kind of exposure to the arts is unlike anything else, anywhere else. “What better way to show students the possibilities out there for performers?” Mike says. “Broadway shares the same message of believing in yourself and trusting in your own artistic expression that our directors are already passionate about communicating. It’s a gift for the whole group.”

To find the best options for your group’s Broadway adventure, contact us today

Learn about our commitment to providing a safe and memorable experience for our travelers.